Time for the top-end

It is time for the top-end

Finally the piston ring has arrived, it was the last piece that I needed in order to assemble the bike. As you can see in the picture above, the bike is pretty close to completion.

I ordered most of the parts from Wheelsport in Ottawa. They are one of the Suzuki dealers and I figured that they would be the best bet because the owner Jim Coleman is very fast on a dirt bike. All the parts came in quickly except the piston was back-ordered. At $168.00 it was also the single most expensive part I ordered.

Wheelsport was unable to get a ring from Suzuki so they got me Wiseco ring to put on my NOS (New Old Stock) piston but the Wiseco ring is not the same. They also were unable to get a Wiseco piston which left me with a piton and a ring that were incompatible with eachother. 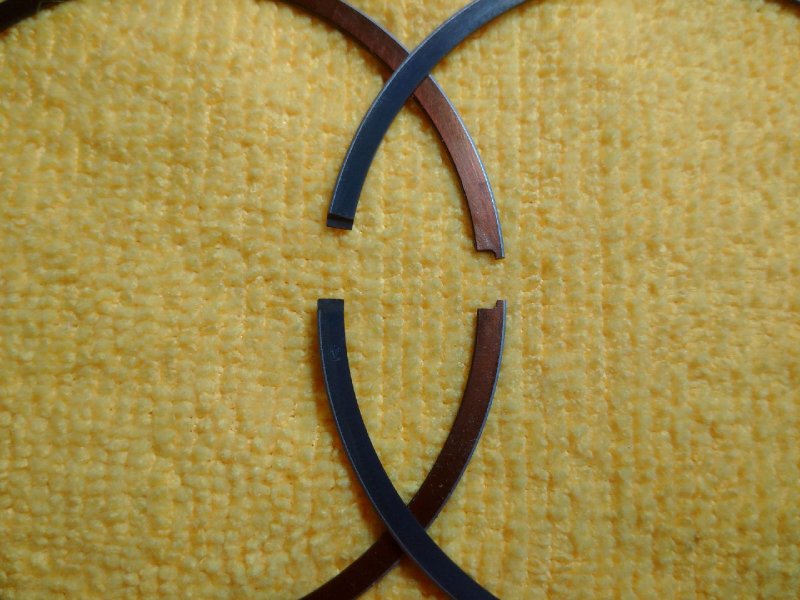 Another key difference between these two rings is that the Suzuki ring is tapered and the ring-groove on the piston is also tapered which makes the Wiseco ring a no-go no matter what.

I made a trip to eBay and I found a NOS Suzuki ring and purchased it. While I was at it I found another NOS piston which I also ordered because I was afraid Suzuki may not fill the back-order.

After honing the cylinder, I checked the end gap. The new ring (left) is at .014 which is within spec. The old ring was .020 which is just outside of spec.

I have a spare new piston and a spare used ring. Neither will ever be used. If I wear out the piston that is in the bike now, I will likely source first-over and do a rebore.

The assembly went very smooth, no problems at all. Some pictures... 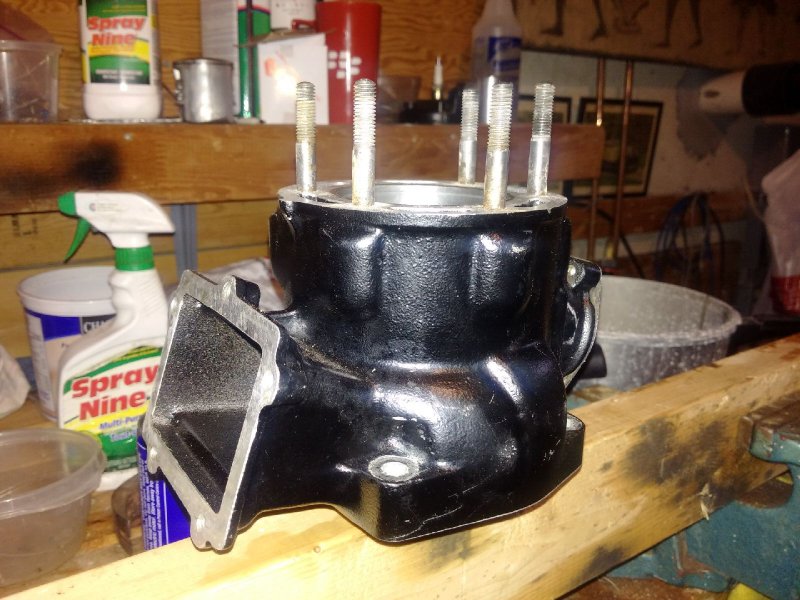 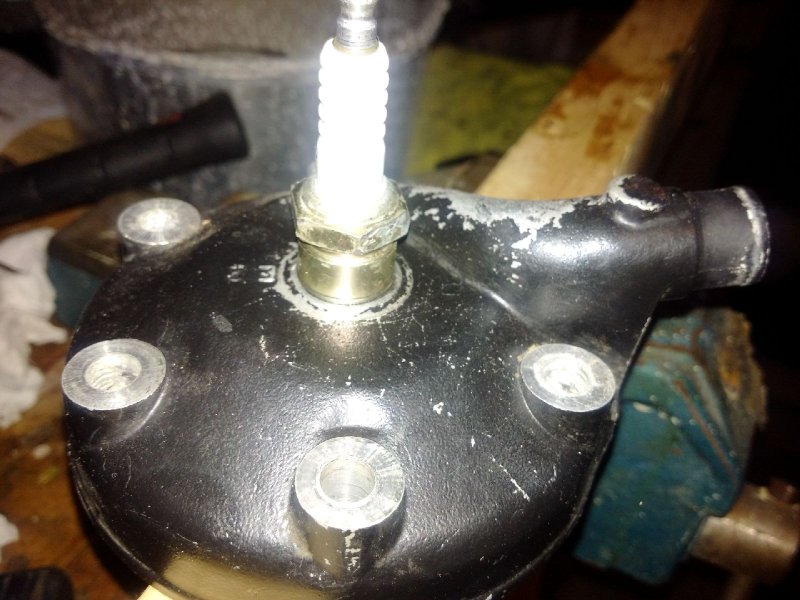 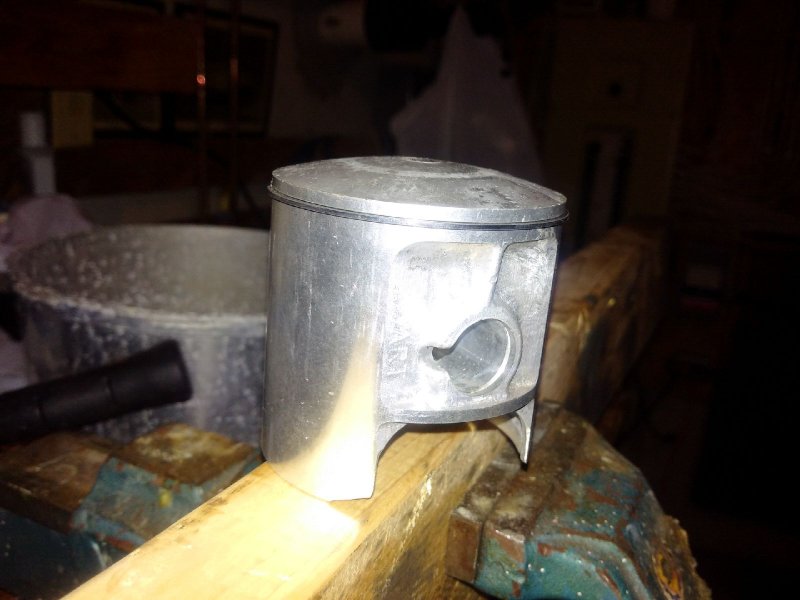 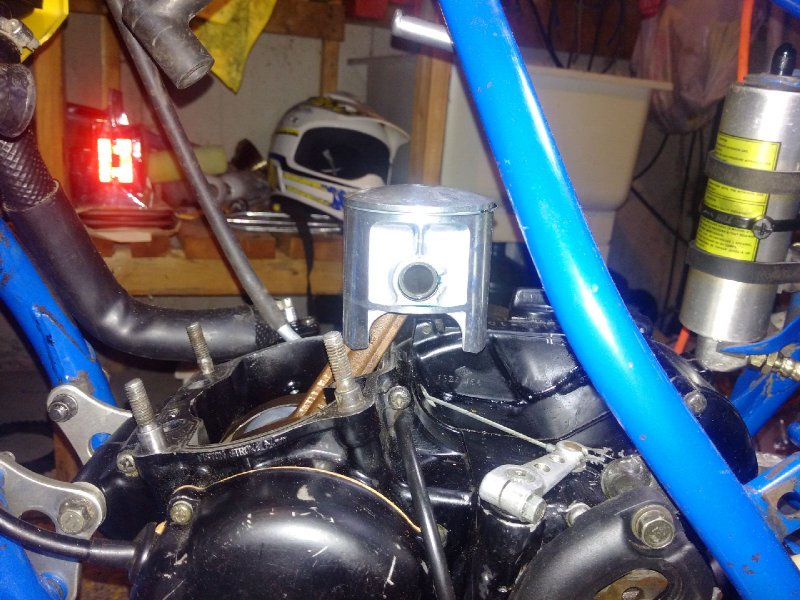 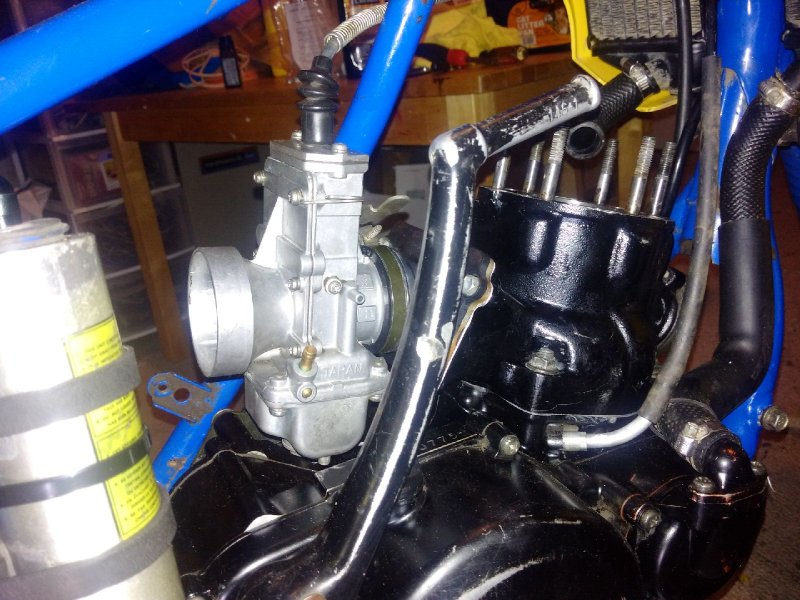 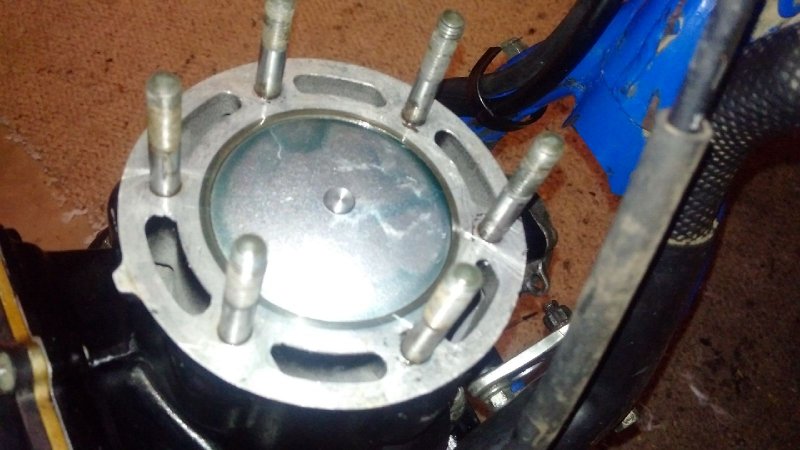 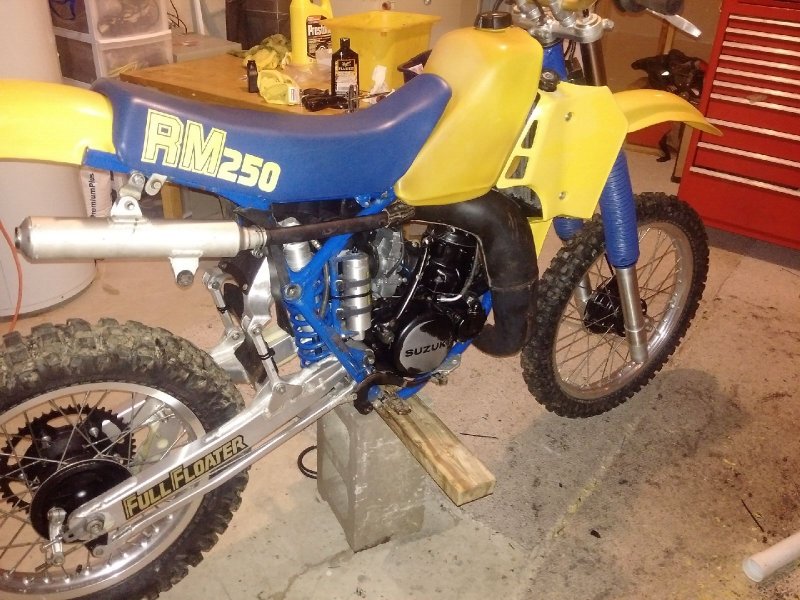 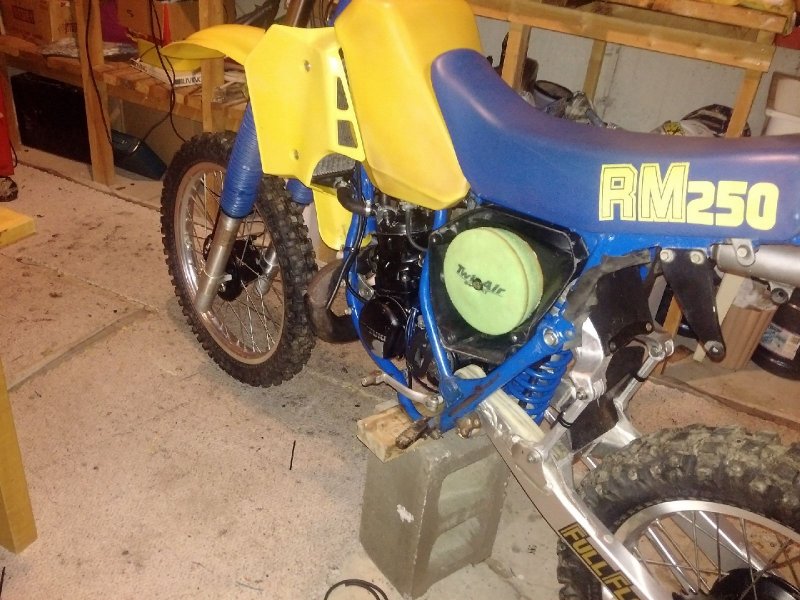 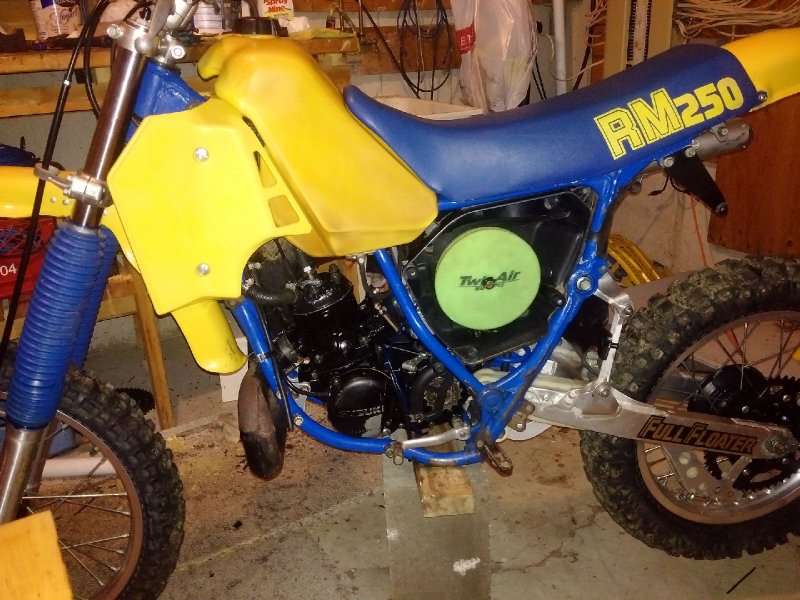